Shopping Cart
Your Cart is Empty
Quantity:
Subtotal
Taxes
Shipping
Total
There was an error with PayPalClick here to try again

Thank you for your business!You should be receiving an order confirmation from Paypal shortly.Exit Shopping Cart

The Cake the Baker Rejected 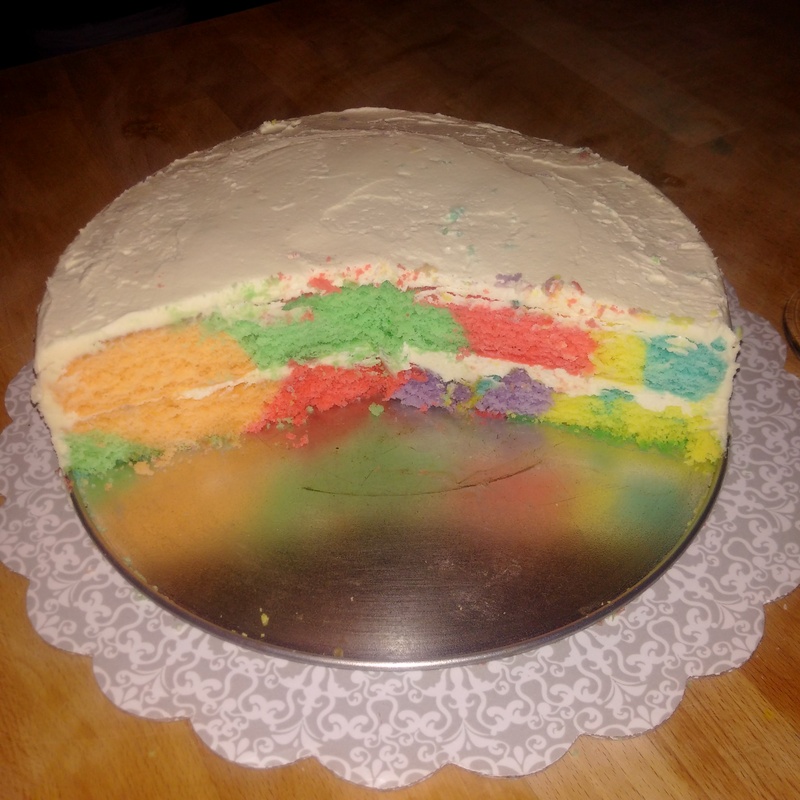 It was supposed to be part of the third layer of the hanging Easter cake.  It was going to be clothed in delicious buttercream frosting, then embelished with colored Peeps to enthrall the children coming in for the Easter egg hunt.  Slicing into it would reveal its secret - the multicolored cake hidden within.

Disaster killed that plan when the cake broke into many pieces as I tried to separate it from the cake pan.  I'd been lazy and hadn't bothered to line the pan with parchment paper.  I was distressed for a moment, but quickly figured out a workaround.  The hanging cake would have two tiers only.  The third cake would stay home as the reject I could patch up for family consumption.

I quickly slathered the top of the broken cake with buttercream, slapped on the other cake layer, and then frosted the whole thing.  The buttercream was able to hold it all together, so the family would never know how close it came to gracing the trash bin. Actually, I'd share it at small group meeting that evening.  The members were my official tasting panel anyway.

The cake almost missed making it to the table.  When I remembered it, the meeting participants were packing up to head to their respective homes.  Their response upon tasting the cake was unexpected.  They loved it.  It was the best I had offered thus far.  Earlier cakes had been declared pretty delicious, but the reject cake took top honors for flavor, and even for its pretty play of colors inside.

And isn't this a reflection of life itself?  How often do we walk around, feeling totally messed up inside?  Or worse, we just want to hide ourselves away from the world.  But if we give ourselves a chance, interact with others, they always see our true colors shining through (reminds me of that Phil Collins song).  And remind us of how much we are loved.